Budgeting for College Life Outside the Classroom

You’re in college, so it’s been drilled into your head that “What you do now will affect you for the rest of your life.” Undoubtedly an education will shape your mind, influence the way you see the world, and, if everything goes according to plan, help you land a decent job. It’s a long-term investment in time, effort, and money that you hope will pay dividends. 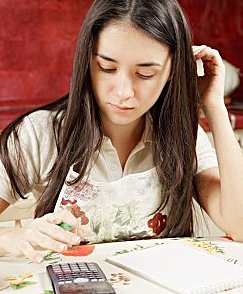 However, you don’t want to leave college with the long-term burden of monstrous debt. The Federal Reserve Bank of New York reported the average debt for all student loan borrowers in the U.S. was $23,300 in 2011. The top 10% of all borrowers owed more than $54,000. A recent article in The New York Times examined “A Generation Hobbled by the Soaring Cost of College,” putting forth two telling statistics: “payments are being made on just 38% of the balance of federal student loans, down from 46% five years ago,” and “nearly one in 10 borrowers who started repayment in 2009 defaulted within two years.” Postponed and stopped payments were part of the reason students failed to make progress in reducing their student loan debt.

The rising cost of tuition is putting graduates in a bind, but what about those additional expenses such as room and board and food that accumulated through the years? It adds up. All your goals, dreams, and ambitions for adulthood can be put on hold because of insurmountable debt. Sound like scare tactics? It’s the real world. That’s why you should focus on cutting those other costs so that you can free up money to pay for tuition and thus free up your financial future.

Room and Board: That Other Big Expense

The College Board estimated the average cost of tuition and fees for the 2011-12 school year was $9,200 for public colleges. Compare that to the average cost of room and board and books, which was $13,203. These are the biggest expenses in many cases, and they don’t seem to receive proper attention amid the outrage surrounding tuition increases. If you want to substantially reduce the amount of debt you’ll have when you graduate, then you’ll pay close attention to how much you’re spending on this aspect of college life.

Keep in mind that where you live will affect your cost of living. For example, if you grew up in a state such as Texas or Arkansas, where the average cost of living is low, and chose to attend college in a state such as California or New York, where the average cost of living is high, there will be an inevitable jump in day-to-day spending. Rooms on campus or near campus at colleges in urban areas, where space is limited, typically cost more than rooms in rural areas. Such factors should be taken into account when choosing a college to prevent financial shock once the move is made.

Colleges offer different levels of meal plans that provide a set amount of meals per semester for students who live on campus. For roughly $2,000, you can dine at the campus food hall or buy snacks and drinks from other places that sell food around campus. These are best for students’ convenience because food is always within walking distance from the dorms or class, and the cost is covered in your fee bill, preventing you from overspending on food if you rely on what’s provided by the plan. 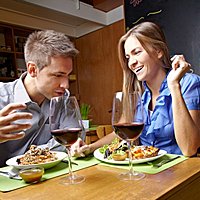 It could be a waste of money, however, if you bought a plan covering three meals per day and you only eat two, for example. Typically those meals don’t roll over to the next semester, so you end up losing money. Cooking on your own, which requires you to buy your meals day to day and week to week, may be a better option, as it allows you to closely manage your money. When seeking nourishment off campus, do the following:

Remaining disciplined with your food purchases can be difficult, but, as you might expect, there’s an app for that: Grocery Gadget Free – Shopping List gives users the ability to compose a shopping list before going to the store, enabling them to figure out how much they will spend beforehand. Ziplist allows users to categorically organize their shopping list by isle so they can get in and out the store, avoiding unnecessary spending. You can compare prices with Grocery Pal.

An important aspect of becoming an adult is establishing your financial well-being. In all likelihood, for the first time in your life, you’re responsible for managing your money entirely on your own. Many college students fail this initial test, causing themselves more trouble in the future. If you’re racking up student loan debt, you need to ensure you’ll be in a position to pay it off once you’ve graduated and landed a job. If you abide by these tips, then you’ll be a step ahead of many of your peers:

Need a sidekick to help you manage your money? Check out these apps: Loot assists in budgeting, tracking repeat transactions, and account transfers. Red Laser enables you to compare prices of in-store items to thousands of other items online by merely scanning their barcode. Getting an early start on paying off your debt is essential, and Pay Off Debt helps you do just that by prioritizing your accounts.