The State of Our Education System and How to Change It 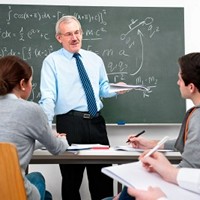 The state of the U.S. education system has been hotly debated since the founding of the colonies. Contrasting philosophies among the general populace have made it impossible to come to a consensus on just how education should be administered. For a nation as blessed as ours, built by innovative thinkers and offering an abundance of resources, it’s inexcusable that we’re underachieving compared to our peers.

In late 2010, the OECD Programme for International Student Assessment (PISA) report, released every three years, measured the knowledge and skills of 15-year-olds from around the world. Among 34 OECD countries, the U.S. ranked 14th in reading skills, 17th in science, and 25th in math. In comparison, Canadian 15-year-olds were more than one full school year ahead of Americans in math, and more than half a year ahead in science and reading. When it came to high school graduation rates, just eight countries were worse than the U.S. Recent scores from the National Assessment of Educational Progress reaffirm the nation’s deficiency in science. In 2011, a majority of eighth graders who took the national science exam posted unacceptable scores, as just a third were deemed proficient. To add insult to injury, the U.S. is now producing college graduates at a lower rate than many of our peers.

We’ve been bombarded with statistics, altogether indicating the state of the U.S. education system is near shambles. While its demise has been greatly exaggerated thanks to an excess of data, there is certainly cause for concern. The AFP report suggested Americans “make the choices needed to show that (they) value education more than other areas of national interest.” But how exactly should that be done? 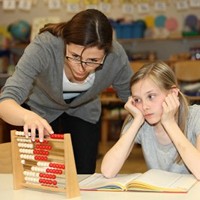 American teachers have long lamented how they’re overworked and underpaid. They feel undervalued compared to other more glamorous yet less important professions. The overall morale of those who’ve spent just a small amount of time teaching is alarmingly low, and has been for quite some time. As a result, more and more are seeking a career change.

This year, when Metlife released its annual “Survey of the American Teacher,” Americans collectively shuddered when they read that 29% of teachers are “very or fairly likely to leave the profession within the next five years,” a number that corresponds with the 44% who say they are very satisfied with their jobs, the lowest in 20 years. The reasons for their discontentment can be gleaned further down the survey, and it isn’t pay – something they knew about when they signed up – or disrespectful students, but their lack of faith in the system to properly educate their students.

Forty-three percent of teachers “are pessimistic that the level of student achievement will be better five years from now,” which corresponds with the 46% of teachers in “schools with decreased budgets” who are pessimistic about student achievement. Giving teachers fewer resources with which to work certainly won’t maximize their ability to give students a comprehensive education. Thirty-six percent of teachers say “that during the past 12 months there have been reductions or eliminations of arts or music (23%), foreign language (17%) or physical education (12%) programs.”

Teachers’ hands are tied as they’re forced to manage bigger classes – some of which they’re not entirely qualified for – with students whose learning abilities vary greatly. This means quick learners aren’t reaching their potential and slow learners are being left behind. The reduction of resources has oversimplified the education process when nuance is needed.

Amid all the changes that have hindered them from performing their job to the fullest of their capabilities, teachers are being assessed individually. If their students are averaging a certain score on a standardized test, then their job could be in jeopardy. For some reason, teachers are treated differently from typical skilled employees in that their needs (and happiness) are neglected. Regardless of profession, a happy, confident employee is more likely to perform well.

The people who run our education system, from the top to the bottom, should focus on earning the respect of their employees. Ideally, administrators should have classroom teaching experience, or at the very least, experience working with teachers on a regular basis. That way, they would have a better idea of what their employees need for success. Of course, it may require more money in the long run to satisfy teachers, and that’s another problem entirely. In the meantime, the perpetual rift between teachers and their superiors must be eliminated. 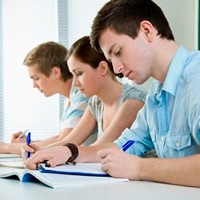 Talk to any teacher and they’ll tell you that standardized tests are the bane of their existence. Ensuring their kids make satisfactory scores on district, state, and national exams requires cutting valuable class time that could be spent learning valuable subjects – such as, say, math and science – in depth so that each student has a thorough understanding. While scores can be a decent indicator of educational achievement, they don’t tell the whole story.

Another report released this year, “Primary Sources: America’s Teachers on the Teaching Profession,” found that “only 26% of teachers say that the results of standardized tests are an accurate reflection of student achievement,” and “only 45% say that students take them seriously and perform to the best of their ability.” Students seem to realize what most policymakers do not – these tests are not the most accurate indicators of their knowledge and skills.

Recently, New York City elementary and middle school students took to the steps of the Manhattan headquarters of exam publisher Pearson Education to protest the expansion of standardized testing. They chanted “We are not guinea pigs” and “I’m more than a test score,” according to the Huffington Post, encapsulating much of the nation’s thoughts on the topic. Parents stood beside them hoping to bring awareness to the fact that their children’s education has been compromised as an inordinate amount of time has been spent not only testing, but teaching their students to standardized tests.

The purpose of the experimental tests was to sample new test questions, which would have no effect on the students’ regular curriculum. Two months earlier, students spent two weeks completing English language arts and math exams for the state of New York. Those, of course, factored into the state’s evaluation of its school districts and teachers.

Defenders of standardized testing claim that teachers don’t like it merely because they’re uncomfortable with having their performance evaluated, which, as the “America’s Teachers on the Teaching Profession” survey indicated, isn’t the case. In fact, they would prefer to be assessed using multiple measures, such as growth over an academic year, the one they deem most important. A vast majority welcomes more self-evaluations, peer review, and assessments of teacher content area knowledge.

This isn’t to say that standardized testing should be entirely eliminated. It’s good to be able to measure Americans’ performance versus other nations worldwide – it’s the basis of how we know we’re lagging behind everyone in math and science. But it shouldn’t be the basis on which we build our education system. 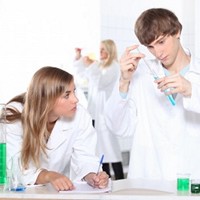 Education experts have spent a great deal of time attempting to figure out why the U.S. is lagging behind other countries in math and science. A prevailing opinion is that the large number of high scores and the large number of low scores reflect a chasm between the haves and have nots. Students who live in affluent areas are afforded more opportunities because of an abundance of resources, whereas poor kids suffer from bad school systems with few resources and thus lower quality curricula. Students in poor school districts often fall levels behind their more affluent peers.

Results from the 2009 National Assessment of Educational Progress published in 2011 showed that low-income students posted the lowest scores. Bill Schmidt, director of the Education Policy Center at Michigan State University, pointed out during a CNN interview last year that “in Europe, Asia, most of these other countries, they have national standards. And so, it is common across all schools within that country [to] have the same opportunities to learn the same content. This is not the reality in the United States.”

Schmidt gave three reasons why the U.S. is falling behind in math and science: a less demanding curriculum, a lack of proper training for our teachers, and a lack of proper support and motivation supplied by parents who are willing to accept that their kids just aren’t good in those subjects. The latter reason, a culture that fails to adequately value achievement in math and science, was mentioned by the OECD as a major difference between the U.S. and the rest of the world.

The best way to fix the problem is to ensure teachers are highly trained in the subjects and for Americans to study and implement a curriculum that resembles that of more successful countries such as Japan. Raising expectations requires improving the education system as a whole, and that requires money. But do Americans value education enough to make such a sacrifice?

This entry was posted in Education and tagged Education, Learning. Bookmark the permalink.