Few children tout that they want to be an accountant or a petroleum engineer when they grow up, even if the expertise required by those jobs make them amongst the highest paying careers. Rather, children have big dreams about becoming actors, artists, or writers with a little bit of fame, animal care workers, and firemen, rescuing babies from blazing houses. Such careers seem glamorous to children, as they are fraught with adventure and romanticism. However, as you get older, you realize that some of your childhood career choices are not as glamorous as they originally seemed. The pay in these career paths often leave something to be desired. It can be difficult to find a legitimate job within the field, with lower demand. Some of the jobs that once seemed heroic only seem dangerous and risky. Adult practicality sets in, steering many college students towards business, marketing, and other fruitful majors with relatively high success rates within the job world.

With the recession, new graduates flounder to find jobs, accepting positions that help them pay their bills rather than fulfill their dreams. However, there are still a brave few that pursue their childhood aspirations. These tough career paths require tremendous personal drive, a touch of luck, and in many cases, the ability to handle failure, excessive stress, and potential pay cuts. The following jobs are just a handful of the most popular career choices strived for by children. Upon further examination, many of them may not be all they’re cracked up to be. 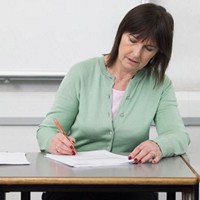 Teaching requires a special kind of person, and is indeed an attainable job if you’re graced with the patience and passion for the field. There are many people that find a career in teaching to be incredibly rewarding. By college, many students have caught wind of the fact that teaching pays far less than the fruits of its labor would indicate. Yet, teaching is still somewhat of a dream job for anyone who loves working with children and spreading the currency of knowledge to budding pupils. Children align teachers with superheroes. For many recent graduates, obtaining a teaching certificate serves as a backup plan in case of complete inability to find an entry-level job in their area of expertise. A teaching certificate is relatively easy to come by. With a college degree, the certificate can be obtained by simply taking a few online classes and working in a year-long internship within the field. Then there are the teaching perks that recent graduates lust after — teaching means summer and winter breaks and working shorter hours than most office jobs. At least that’s the impression that many non-teachers have.

In reality, teachers spend many more hours working outside of classroom hours, grading papers, attending workshops, and devising lesson plans. They are faced with constant pressure to increase standardized test scores. Given the amount of time students spend in school, teachers wind up not just teaching the subject of their choice, but also social cues, responsibility, problem-solving techniques, and even a source for sexual education, standing in as daytime parental figures. They may have troublesome children with behavioral problems. For classes like art and music, funding is low, with very little budget for supplies. Likewise, teachers are greatly underappreciated for the work they accomplish. In spite of a multi-faceted job that takes an incredible amount of time and energy, teachers in the United States continue to make cringingly low salaries. The average starting teaching salary is $39,000, rising to $54,000 with experience, according to a report by major market researching firm McKinsey & Co. The report, entitled Closing the Talent Gap states that annual teacher turnover in the United States is 14% at regular schools and 20% at high-need schools, mainly because the pay simply isn’t indicative of the work. 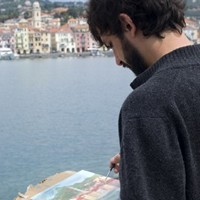 The artist represents a slew of childhood dream jobs; not just fine artists, but also ballerinas, actresses, poets, and any other creative job that depends mainly on talent and knowing the right people. Students take various journeys to accomplish these career paths, some at major Universities and others at trade schools or academies made specifically to train the student in the arts. Funding an art, film, or acting education can be costly without much to show for it. While schools like New York University’s Tisch School of the Arts serve as acclaimed institutes for learning and practicing the arts, not every art school graduate will become a starlet. Some struggle for years to find success in a heavily saturated market. Even if they are talented, a writer may not be able to get through to a publisher willing to pick up their work, while debatably poorly written novels such as The Twilight Saga continue to make Best Seller lists. An artist may work three jobs just to pay the bills so they can paint in their spare time, only to be turned away from gallery after gallery. Actors audition for hundreds of roles, hoping to land even non-speaking parts. Making that big break simply isn’t easy, and for some, it never comes.

Devoting yourself to a creative career usually means living a life without job benefits. Under a meager or non-existent salary, you’ll likely have to pay for your own health insurance and there is no 401K in the horizon. Some artists may be able to showcase their work in nonprofit galleries, but will receive no compensation for it. According to a survey conducted by Working Artists and the Greater Economy, 58% of the visual and performing artists surveyed were not paid a dime for exhibiting or presenting their work at nonprofits in New York. You may pursue grants or join an artist residency, which enables artists to work together in a studio space for a small, monthly stipend, but many of them stipulate that you can’t hold other jobs, essentially forcing the artists into poverty. According to the NEA’s data, dancers and choreographers earn a median wage of only $27,392 per year. Photographers earn $26,875, and actors earn $30,254. This may not seem terrible, but considering the share of artists like Damien Hurst that are paid millions for dipping sharks into vats of formaldehyde, the numbers may be skewed considerably towards a small margin of well-paid artists. The income and fame of the artist often depends on the whims of art collectors and dealers, not raw talent. 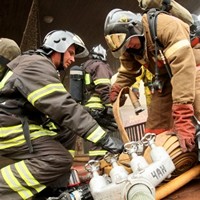 The childhood notion of becoming a fireman encompasses any job that involves both adventure and danger. Firefighters live a noble existence and they are modern day superheroes, but the job is anything but easy. In order to become a firefighter, the applicant must endure rigorous physical training and complete written exams. Once on the job, they typically work 24-hour shifts, amounting to long hours and little sleep on a busy night. Firefighters essentially live together at the station, spending more time with the rest of the squad than their actual families in many cases, which can be straining on relationships. Not to mention, the work is challenging and dangerous. A firefighter must be able to work through an adrenaline rush, darting into houses while wearing heavy, hot equipment. They can’t afford to stall or panic. Hollywood films spur on a great deal of misconceptions about the firefighter’s work. For example, firefighters in movies are often shown entering a room with flames popping up in corners, searching for a cowering child in a corner. In reality, firefighters work almost blindly. The thick, black smoke that results from house fires is impossible to see through. Firefighters must learn to feel their way through the home without any visual guidance while simultaneously avoiding collapsing floors and aggressive flames. Likewise, throughout the duration of their career, a firefighter will become acquainted with tragedy and death. Not every life can be salvaged from a fire.

In terms of pay, firefighters receive a modest salary. According to the Bureau of Labor Statistics, the median earnings for a firefighter in 2010 were $45,250 per year. The lowest 10 percent earned less than $23,050, and the top 10 percent earned more than $75,390, commiserate with experience in the field over time and seniority. This can vary from station to station as well. Some fire stations recruit volunteer firefighters. In fact, data from the National Fire Protection Association shows that about 70% of fire departments were staffed entirely by volunteer firefighters in 2008. With such a large portion of the field staffed by volunteers, it can be difficult for those looking to serve as a paid firefighter, as the station will likely hire an employee willing to work for free over one that requires a salary. 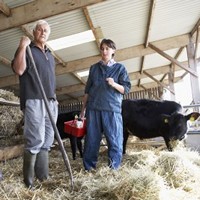 Most children love animals, and so a career in the animal industry seems like a dream come true. Whether they visualize working at a zoo, as a lion tamer, as a show dog breeder, or a veterinarian, the appeal is derived from working alongside loving, cuddly animals. However, many of these jobs are either low in pay or do not necessarily revolve around vying for an animal’s affections all day. While zookeepers are responsible for keeping the exotic animals within the zoo happy and healthy, much of the work involves cleaning stalls, scooping up fecal matter, and leaving out food. The zookeeper doesn’t come in direct contact with the actual animals unless they are sedated, as they are dangerous. They generally work weekends and holidays, given that the animals need care at all times. To work as a zookeeper, one must have an educational background in the field, with a bachelor’s degree in a field such as veterinary technology, zoology, or a related subject. Yet, while it is physically demanding and requires educational training, zookeepers don’t make much money. The Bureau of Labor Statistics lists the median pay for zookeepers and other animal care workers as $19,780 per year, a salary that would enable one to barely scrape by. So while you may be working with dangerous animals, cleaning exhibits, lifting heavy objects, and using your college-educated brain, you’re earning a meager salary well under that of most college graduates.

Meanwhile, veterinarians make decent money, clocking in at a median pay of $82,040 in 2010. Yet, children may fail to realize that the job isn’t all healthy puppies and kittens, but rather often involves tending to desperately sick, wounded animals which may require euthanasia. Veterinarians may become attached to animals they are caring for, which can cause a great deal of emotional stress if the animal is wounded beyond resuscitation. Likewise, just like a regular doctor, you will have to be able to deal with the upset “parents” of the pets. Trying to explain to a pet’s owner that their loving Fido has become critically ill is challenging for every party involved. Owners may blame veterinarians if the pet doesn’t make it through treatment in their grief. It also requires a great deal of schooling, amounting to about eight years of education following high school. A veterinarian needs to be certified by obtaining their Doctor of Veterinary Medicine from a college program.

This entry was posted in Careers, Uncategorized and tagged career, job, salary. Bookmark the permalink.