Putting our Educators in a Position to Succeed

Most educators in the U.S. will readily admit that our education system is substandard given our nation’s economic stature. Many of the international education metrics confirm that, showing that we lag far behind in essential subjects such as math and science. Of the 34 Organisation for Economic Co-operation and Development countries that took part in the Programme for International Student Assessment (PISA) report released in late 2010, the U.S. ranked 14th in reading skills, 17th in science, and 25th in math.

On the surface, it seems that money isn’t an issue. The OECD released a report in 2010 detailing international spending on education by country. The U.S. ranked fourth, spending $10,995 at the combined elementary and secondary level in 2008, the fourth-most in the world. That’s 35% more than the $8,169 averaged by OECD member countries. The report shows that a country’s GDP per capita has a direct effect on how much it spends on education.

Countless initiatives have been brought forth through the years with the purpose of strengthening our education system so that we can remain competitive with the rest of the world. From the “Nation at Risk” report during the Reagan administration that sounded the alarm on the failing state of our schools to the controversial No Child Left Behind Act during the George W. Bush administration, which many educators have deemed an ineffective reform, we’ve managed to pinpoint many of the issues but have yet to deal with them in an efficient manner. The solution starts with our educators, the ones who actually spend each day in the classroom. 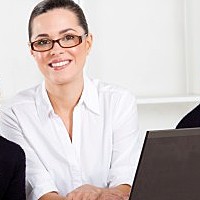 Of course, building the ideal education system requires a commitment in spending, but it’s how that money is spent that ultimately matters. And, according to many of our nation’s teachers, the mismanagement of their field of work has them demotivated and possibly looking for new careers. MetLife’s annual “Survey of the American Teacher,” released this year, posted a few disconcerting stats, including that 29% of teachers are “very or fairly likely to leave the profession within the next five years,” and 43% of teachers “are pessimistic that the level of student achievement will be better five years from now.”

The best way to improve education in the U.S. is to devise a well-thought out approach that includes developing and supporting our teachers. For them to be successful, they must be put in a position to succeed. Far too often, teachers are asked to teach classes for which they’re unqualified and lacking a sufficient amount of education to be a true expert in the subject. A survey released by the U.S Department of Education in 2011 showed that almost a third of public school physics and chemistry teachers did not major in those fields and lack a certificate to teach those subjects. The same can be said for half of public school earth science teachers.

Remember, the U.S ranked in the middle of the pack in science in the OECB report. Those were among 15-year-old students, who, in the U.S., are fresh out of middle school. According to a report by the National Academies from 2007, only one in 10 middle school science teachers have a degree or certification in the subject. The same problem is identified with more than two-thirds of math teachers.

The obvious first step to improving the situation would be to require incoming math and science teachers to have majored in the subject. For the teachers who’ve stepped in to teach those subjects without a major, additional training through courses and seminars could be funded by states and school districts. Considering the statistics that show the desire of many teachers to leave the profession, we must keep the existing ones happy and motivated.

An increased emphasis on mentorship from tenured teachers, who can continually share their wisdom with their younger, inexperienced colleagues, would not only provide more on-the-job training, but show those tenured teachers that they’re valued, a rarity these days. As the Baby Boomer generation retires and the workforce becomes younger, this remains essential.

Encouraging qualified teachers to enter the fields of math and science, however, is a challenge, and one that should be addressed at the grass roots level. Another simple solution would be to offer significantly higher salaries for those positions compared to, say, history teaching positions that already have a high number of qualified applicants. After all, the demand justifies the means.

Bridging the Gap in Funding Inequality

How money is distributed is a major determining factor in the overall quality of education. Students who attend affluent schools perform better than students who attend poor schools. When it comes to educational achievement, no indicator is more telling than family income.

A recent study conducted by Stanford professor Sean Reardon indicates the problem has been worsening over the past 50 years. Using standardized test scores, he compared children in the 90th percentile of income to children in the 10th percentile. He found the gap between the two has grown by almost 40%, a sign that students from poor families are increasingly suffering from a lack of resources at home and in the classroom.

In Illinois, for example, Taft Elementary School in Lockport averaged $7,023 in operating cost per student in 2010, according to the state’s annual School Report Card. It lacked arts, language, and technology classes. What’s more, it still used a 50-year-old heating system. An uncomfortable learning environment isn’t exactly helpful to teachers and students. Rondout Elementary School, on the other hand, averaged $24,244 in operating cost per student, offering Spanish from kindergarten forward, art, drama, and dance classes, and laptops to each student. Schools in Illinois rely heavily on property taxes for funding, meaning education in low-income areas is only as valuable as its residents’ property.

Inequities in funding occur within school districts, within states, and between states – Utah spends the least amount of money per student and ranks 42nd in education. Perhaps the reason it doesn’t rank last is because it ranked No. 1 in “spreading money evenly throughout the state,” according to an annual report by Education Week.

In essence, kids in poor school districts receive only a portion of that $10,995 average the OECD mentioned in its report. They suffer from unqualified teachers who don’t have sufficient training, a lack of resources such as updated textbooks and Advanced Placement classes, and outdated facilities that are years past due for upgrades. There’s no focus on developing teachers or giving them what they need for success. At the same time, teachers receive blame for their students’ lack of achievement.

The idea of equally distributing funds among different school districts, regardless of the average income of those who live within those school district zones, makes many Americans shutter. Anything with a hint of socialism makes Americans shutter. However, in this case, it’s necessary to ensure poor students have what they need to improve their socioeconomic standing. Isn’t education supposed to be the great equalizer?

Out With the Old, In With the New 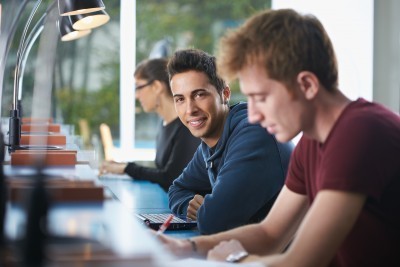 The Obama administration has vowed to listen to educators so that policymaking better meets their needs. The administering of the Respect Program is one way he hopes to accomplish that. Education Secretary Arne Duncan is leading the way.

“Our goal is to work with teachers and principals in rebuilding their profession and to elevate the teacher voice in federal, state and local education policy,” Duncan said in a press release for the U.S. Department of Education. “Our larger goal is to make teaching not only America’s most important profession, but also America’s most respected profession.”

One major change that almost every teacher would embrace is scaling down the number of standardized tests they’re required to give. This is confirmed in “Survey of the American Teacher,” which indicates that “only 26% of teachers say that the results of standardized tests are an accurate reflection of student achievement.” While such tests serve a purpose, to an extent, in measuring how students stack up against each other, too many of the tests significantly cut into class time, hindering teachers from effectively carrying out their regular curriculum.

That time could also be spent experimenting with new teaching methods designed to enhance students’ learning experiences. The implementation of social learning inside and outside the classroom through the use of social media, for example, can encourage participation and achievement for every student, regardless of their academic standing. Using a Twitter account to facilitate a roleplaying game, Rosie Miles, a senior lecturer in English at the University of Wolverhampton, got her students to act as characters in Charles Dickens’s Bleak House to better their understanding of the novel. Some teachers have similarly taken to using Pinterest in the classroom. Miles could use it to track literary devices from the novel in visual form, something her students could reference as they read.

Methods of technological integration have been well-documented during the technological revolution, but there isn’t a one-size-fits-all approach to making it work. The same can be said for any type of new lesson plan. The results are gauged with trial and error, which only can happen when teachers are afforded more flexibility and control over their classes. If the Respect Program works, then it will have provided teachers with these luxuries.